The Spiritual Life Within Marriage 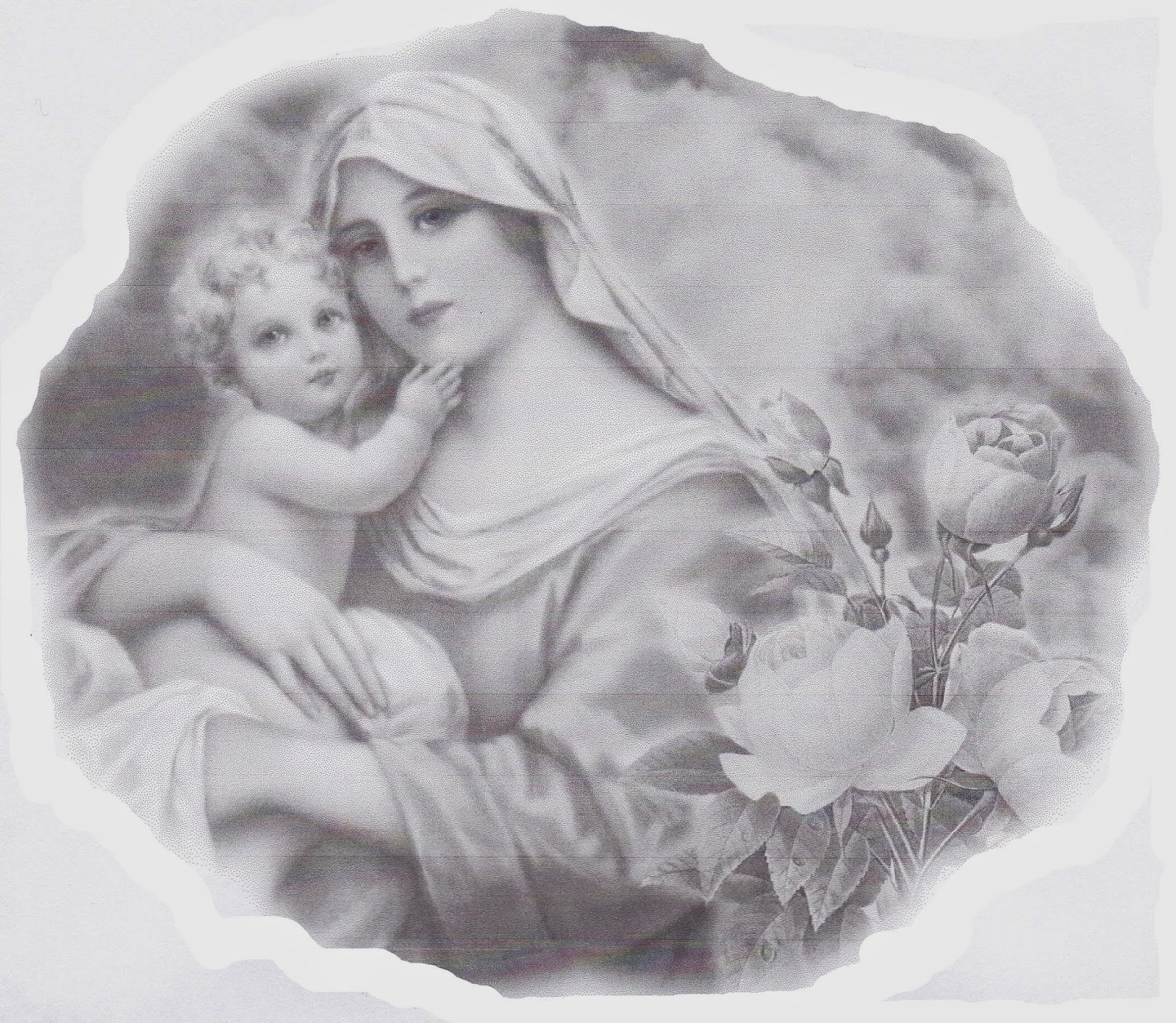 It is long been my contention and long remarked to her that our biggest mistake was in not recognizing our need for the third member of our marital triangle - Christ. We were stupid, to say the least, especially since before our marriage you could count on seeing both of us at Mass together, in the choir together, publishing the church bulletin together, eating breakfast at Denny's together or just setting and talking together. We were inseparable, she and I, to say the least. As I am sure many of you were. But consider what ABp. Sheen said: "It takes three to make love, for lover and beloved are bound together on earth by an ideal outside both. But love itself starts with the desire for something good." And Christ, being Good, is that something. The something missing...the something we neglected.

So what happened to us? Who's to know at this late stage. We got wrapped up in work, bills, pregnancies, kids, more bills, more pregnancies...you know the drill for the typical Catholic marriage. Oh...and the inevitable "why don't you love me anymore" question followed by the challenging, solid-as-a-rock-but-actually-retreating reply of "What?" "What do you mean?" So...there it grew and nurtured, my Friends: Doubt. Mistrust. Faithlessness. Selfishness. And the resulting span of 20 years of "reconcilable differences" gradually became "irreconcilable differences" in less than two. It's a very simple explanation for something so convoluted and remarkably idiotic, considering my opening paragraph. And the fact she and I Loved each other very, very much. And I still do...

It is a Truth that we spouses are supposed to sanctify each other through the patient acceptance of the others frailties. To sacrifice oneself for the good of the Beloved. To be Selfless when you want to be selfish. To willingly remain unloved, yet still willing to Love. Here again, the words of ABp. Sheen seem apropos:

"Suppose the...“for better or for worse” turns out for the worse; suppose either husband or wife becomes a chronic invalid or develops antisocial characteristics. In such cases, no carnal love can save it. It is even difficult for a personal love to save it, particularly if the other party becomes undeserving. But when these lower loves break down, Christian love steps in to suggest that the other person is to be regarded as a gift of God. Most of God’s gifts are sweet; a few of them, however, are bitter. But whether that other person be bitter or sweet, sick or well, young or old, he or she is still a gift of God for whom the other partner must sacrifice himself or herself. Selfish love would seek to get rid of the other person because he is a burden. Christian love takes on the burden, in obedience to the Divine command: “Bear the burden of one another’s failings; then you will be fulfilling the law of Christ” (Gal. 6: 2).
(Sheen, Fulton J. (2010-11-02). Three to Get Married . Scepter Publishers. Kindle Edition.)

I thought I knew the above simply by virtue of Marriage, but its reality truly hit home four years ago and I found just how unprepared I was. At times I have wondered how and why I am even still here, considering the past. But again, it is ABp. Sheen who sheds light on this as well when he wrote that "...the one who practices Christian love can be sure that he is not robbing another soul of its peace nor his own life of honor. This acceptance of the trials of marriage is not a sentence to death... not a condemnation to unhappiness; it is a noble tragedy in which one bears the “slings and arrows of outrageous fortune,” rather than deny a vow made to the living God. Instead of separating when there are difficulties and trials, the Christian solution is to bear the other as a cross for the sake of his sanctification. The wife can redeem the husband and the husband the wife." (Emphasis mine)

And so it is: the Reason why I am here. To do anything less is to deny the vow made before Christ and her. It also reflects the non-reciprocal Love lived and preached by Christ and which I have recently come to understand as another of the missing parts of our marriage and cannot now walk away from.

Dear Friends: If you wish to avoid the decimation of your family, then consider what I've written above and what Fr. de Chivre (+1984) writes below. I can only print an edited excerpt here of Fr. de Chivre's article, but click the link at the end to take you to the Angelus Magazine webpage to read the entire article, in context. It will be time well spent, and you just might fortify and sanctify your marriage, even though you feel it needs none because all is good. But remember...I thought the same and look where I am today.

Unless you have just cause to separate as specified in Canon Law, what some of you may be considering is not worth the pain, the misery, the broken home, the financial stress, the sacrifice of the children's security, or most importantly - your Soul.

Any more than the priesthood, marriage cannot escape the definitive intrusion of God into two souls.
The unhappiness of many couples arises from their ignorance of that intrusion, or from the little importance granted to the recourse which they ought to have to the Sacrament. The situation is all the more regrettable that the two spouses seemed in agreement with this definitive and daily divine participation by their “I do,” pronounced two times before God and engaging them as a threesome, not a twosome, in an adventure to be played out by two but to be shared by a third divine Person, on the condition that they call upon Him.
If God intervenes in marriage, even without this intervention’s bringing to the spouses something of God, that something nonetheless remains at the disposal of the spouses until their death, in the interest of the task which they have undertaken.
Many spouses are unhappy because of a refusal to know their own soul, and for not having wanted to know the soul of their partner. The obstinacy of wanting to prove that marriage is such a natural affair that it can succeed by nature alone betrays a naivety and a weakness of reasoning which show how insufficient love is when God is not involved.
A love without an expression perpetually attached to the inexhaustible delicacy of grace is an authentic love, with indisputable roots, but with a stalk whose growth is more and more scrawny. There is a lack of completeness, of gaiety and openness and enthusiasm. There is what I will call a necessary or forced success, that is, a lack of completeness...with the temptation and the danger of shrinking in on itself and becoming stunted.
Happiness requires a kind of daily resurrection, as the dawn of every morning rejuvenates the creation of the day before. When God has united two young people, it is because He intends to live in common with them: the prayer of each one ending in the need to pray in common; the examination of conscience of each of them creating the confidence of a common resolution; the secret victories of each one of them freeing the need for a common ideal; the secret sufferings of each one opening into the need for help in common.
It is therefore necessary in marriage to conquer a certain spiritual human respect, just as it is necessary not to fall into the widespread error of criticizing or neutralizing the spiritual life of one’s spouse under the pretext that you are married. Such would be to impoverish oneself of the affection you seek from the other.

The sacrament of marriage is meant to maintain within the mentality of the man and the woman the desire and the need to interest God disinterestedly in their home life, by the sole joy of feeling themselves in harmony with the “I do,” perhaps now very old, pronounced once and for ever.
CLICK HERE TO READ THE ENTIRE ARTICLE IN CONTEXT...