UPDATE: The photo's below of the Islamic ritual were from a ceremony in India, as the article linked to states. I did not make that clear in my original commentary and apologize for the oversight. However, if this abuse of children happens in India, then it most likely happens anywhere the ceremony takes place, including in the USA. [Edit.]


Where is the outcry! Where are the mass demonstrations? Where is the line of politicians on C-Span venting their anger at this molestation and abuse of children! Where is the call for the DOJ and Eric Holder Loretta Lynch to investigate this outright and malicious form of child abuse! Where is Rev. Al Sharpton and the MSNBC News cam-crew interviewing and filming the religious leader behind this! Where is the letter-writing campaign to the US Chief of Islam by liberal editors and academia seeking to oust this religious leader and have him replaced with a more sensitive-to-the-needs-of-children leader? Where is Susan Sarandon and the Hollywood elite being interviewed, misty-eyed, on TV over this most egregious form of religious child-abuse in the US?

Muslims In Atlanta Encourage Children To Mutilate Themselves With Knives 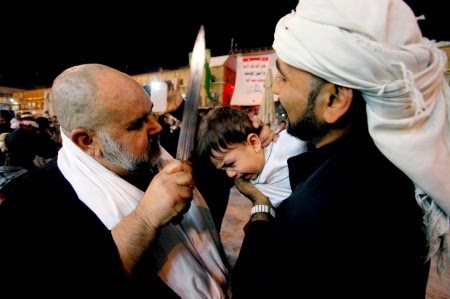 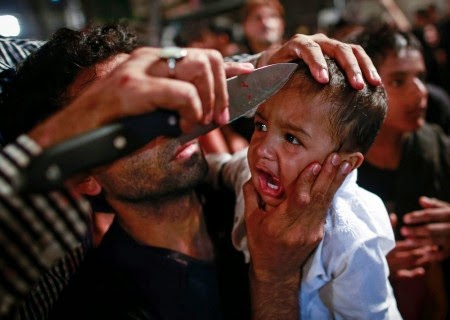 Oh! Wait! Not only are these children Muslim (which makes it OK, I guess, and not a violation of US child abuse laws), but they are OUTSIDE the womb and therefore (I suppose??) this "religious" ceremony must be a legal and protected form of child abuse. Exactly like the abortion laws in the United States that allow children in the womb to be mutilated, torn apart, and sucked out of the sanctity of the Mother's womb: 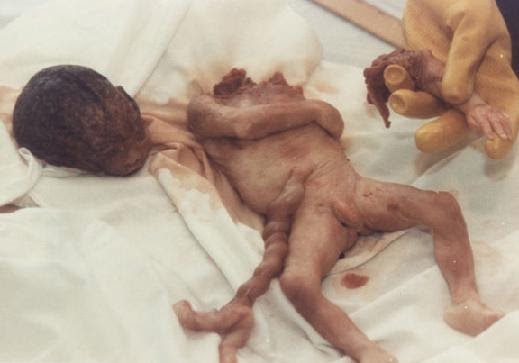 The Land of the Free and The Home of the Brave??