1: actual; especially : being such in effect though not formally recognized <a de facto state of war> 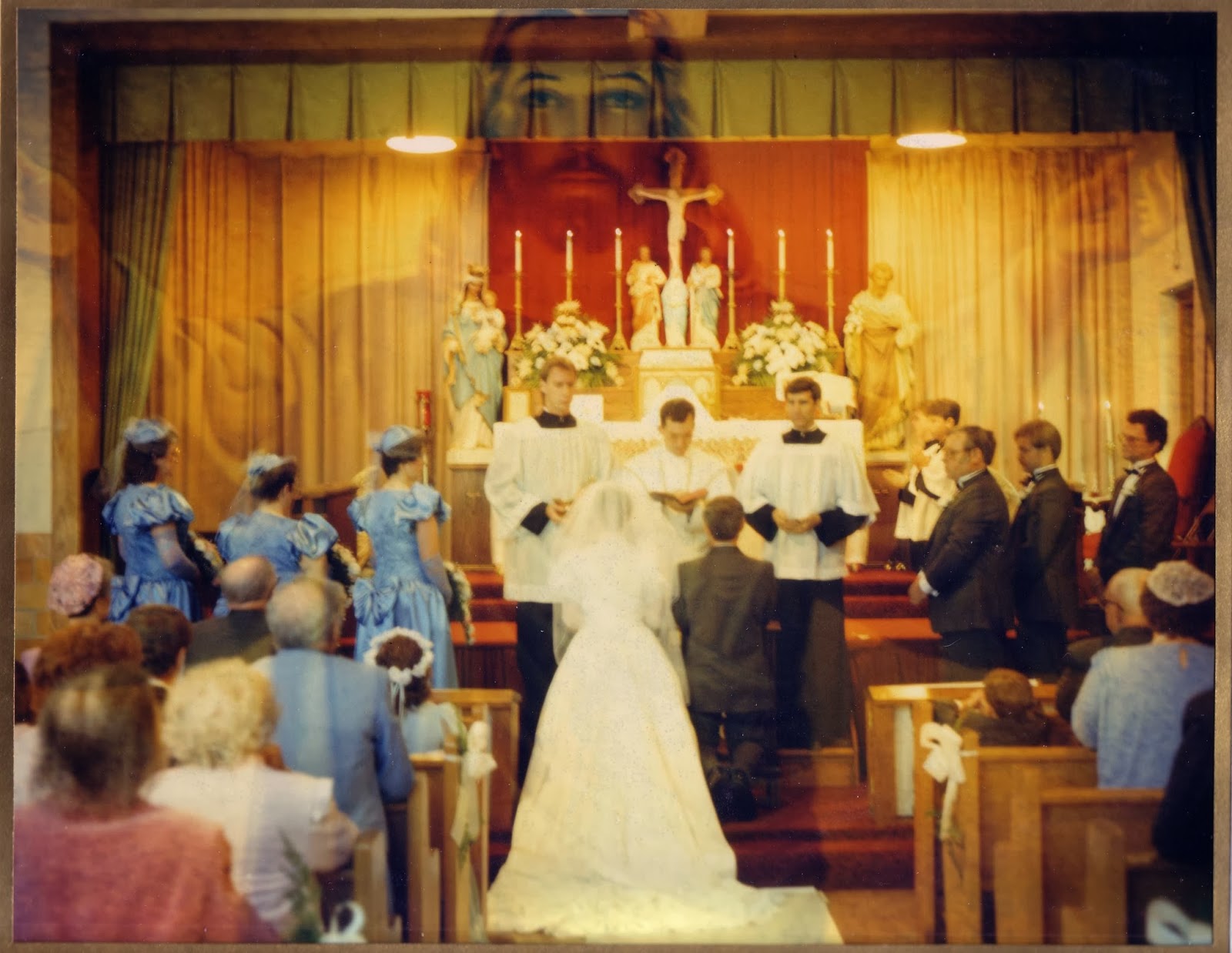 For those who ascribe to "all SSPX-marriages-are-invalid" meme, please note: the Archdiocese of Chicago has - albeit unintentionally - banished this notion. Why and how? With their apparent disregard of Canon 844 during the recent funeral Mass for Cardinal George, the Archdiocese has shown that another of the numerous Canon Laws that help govern the Roman Catholic Church can be publicly ignored by those charged with their application in defending the Faith and the Truths contained therein.

Therefore, in order to correct another injustice and to promote the Year of Mercy, Canon 1108 can now be added to the ever-lengthening list of Canon Laws that are OK to ignore. This particular Canon, as another of the many useless and non-enforced-because-of-political-correctness Canon Laws (are they really "laws" anyway, or just "guidelines"??) can now, "de facto" (how I like this word!), be wiped from the law books because of its obvious lack of necessity. Yes...Canon 1108 can now join the dust-bin of those pesky Canons deemed non-PC correct (I can assume no other reason for their non-enforcement) and which can - nay MUST -
be ignored by local bishops, without fear of reprisal or recrimination from higher authority.

So, henceforth, all SSPX marriages can now be considered, "de facto", valid!!

After all, if the SSPX can be said to still be in "de facto" schism (which they are not), "de facto" out of communion (really? and the LCWR is not??), then why cannot their marriages be "de facto" valid? All the bishops have to do is to "de facto" not apply Canon 1108, just like they don't apply other Canons, to remain in correct-PCness with the world. See how easy it is?

Wait! Perhaps the term "De Facto" should somehow be incorporated into Canon Law?!? No..that wouldn't work. It would just become another law that is arbitrarily ignored and would eventually fall into disuse via the "de facto" application. Ugh! Confusing, no? Better leave well enough alone, then.

Consider the current list-of-laws-to-be-ignored, as of this week anyway: 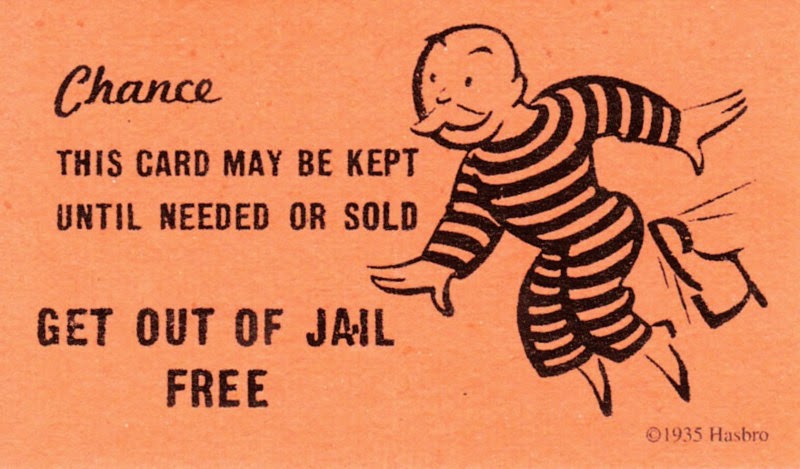 What does all this mean for Catholic spouses?  Simply this: that any petitioner-spouse whose marital vows were pronounced before an SSPX priest and who now desires to petition the local diocesan tribunal for an annulment, can no longer use that particular Canon for their personal "get out of jail free" card. Oh no! Now they will find that Canon 1108 no longer has the effect of law, as it is effectively being ignored by any and all local Bishops, Marriage Tribunals, Judicial Vicars, et al., just like numerous other Canons in the 1983 Code of Canon Law. (Sadly, my 20-plus year marriage was destroyed and my family decimated by this very Canon, too late to fall under this new Year of Mercy guideline.)

However, before being able to fully explore their newly-found mid-marital life individuality-and-autonomy crisis obtained via civil divorce, this also means that the petitioner-spouse must now go the "full-monty": prepare to meet the Tribunal members, state their case, find witnesses to back up their statements, find an advocate, read up on the Tribunal Laws, etc, etc. To be sure, this could take years - at least two or three and possibly more, is my understanding.

But wait! There may yet be a silver lining in this dark cloud of a marriage-in-trouble... for maybe, just maybe, in the intervening years, it will give said petitioner-spouse the needed brake to reflect before they commit to a course of action they haven't a clue as to the devastation it will leave in its wake. If not - if they do not use the time for much-needed reflection - they will fast discover the true meaning of the term "broken-family" in all its glory, should they refuse the Grace this respite may offer. [I suggest, assuming you get this far, that you take the Grace offered...you do not want to go where you're headed, believe me...]

Some may think this post to be nonsensical and just plain stupid. Well, so is the non-enforcement of Canon Laws for the sake of being politically correct and of applying one particular law in its strictest sense, while totally ignoring an entire group of other laws altogether. This is Catholic Charity? This is Just? This is Merciful!!??!! This is Pro-Family??!!! This is Pro-Marriage???!!!???

There is, by all appearances, no rhyme or reason to applying laws any longer - here we do; there we don't. This group holds fast to Tradition so we apply them with full force; that group is fully modern so we'll look the other way despite their public heresies. The Catholic Church is being laughed at and those in charge don't seem to care or are oblivious to it, which means they are either increasingly naive or patently stupid.

The failure to make use of current Canon Laws to preserve first marriages or ignore those that can lead Catholics who publicly support abortion and / or contraception back into the bosom of Holy Mother Church is tantamount to dereliction of duty, in my opinion. As is the failure to quickly address the Canonical situation with the SSPX, seek an equitable and just solution that allows this Priestly Fraternity to continue their apostolate, and which will finally remove the non-existent "schism" meme that still pervades the thought processes of many post-conciliar Catholics - whether priest or lay. It is time to remove the impediments, real or imagined, that are still chained to the SSPX and to which every Catholic - indeed, every Roman Catholic - should be praying for Rome to quickly unbind.

The SSPX is not the enemy of Rome, nor of the Catholic Faith, nor of Catholic Marriage. It is one of their most staunchest defenders and loyal ally's.