Commentary On a Tuesday Morning... 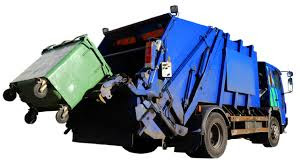 As such, I am a so-so blogger, a kind of lukewarm addict who now writes when the "Double-I's" - inspiration and initiative - hit me or taps me on my shoulder. Or, drops a brick upon my gray head because I have had a cornucopia of Catholic news that tends to do more than cause me to shake my head in disbelief. I say that because one has to do a bit more than shake their head at the raw stupidity of some supposedly learned individuals - whether lay or cleric - that seemingly turns a blind eye to all things One, Holy Catholic and Apostolic that pre-date Vatican II. It is truly like other bloggers and Catholic commentators have written, that the entire Church of the past 2,000 years - up to and including Our Lord Jesus Christ - had been getting it all wrong. Whether it be of mercy, of adultery, of social justice, of the need for frequent confession, of the 6th Commandment or even of the condemnation of those who eat and drink unworthily the Body and Blood of Our Lord Jesus Christ, it was only in the Church of post-Vatican II that truly brought the "true meaning" of Our Lord into all of the above and gave them their rightful emphasis in today's modern society.

Now we have to consider that:

I probably wouldn't mind it so much if in doing and promulgating certain avantgarde teachings and Theology that the powers-that-would-be would rescind all the extant documents that are in direct contradiction with what they are proposing. If they do not, then they should have no true beef with those who choose not to follow such "progressive" directives and stay with what has always been. No one - whether Pope, Cardinal, priest or apologist - should be able to criticize any Catholic who speaks or writes against modernist tripe being promulgated by the current Pontificate because such individuals are not wrong. Why??? because....what was written formerly has not been rescinded or even placed on a forbidden index list of sorts and, therefore, is still valid.

So no high ranking cleric of the Modern Church truly has any leg to stand on in condemning those who choose to follow the One, Holy, Catholic and Apostolic Faith of Our Lord Jesus Christ as handed down to His Church through His Apostles to His Children on earth. They cannot call us neo-pelagian, heretical, rigid, conformists, unmerciful, (etcetera, etcetera, etcetera to the ad-nauseum degree) because we are not doing anything wrong and can get to Heaven as easily as they can. Well, maybe not so easily considering Our Lords comments about the narrow gate and the camel through the needles eye, but you know what I mean.

Frankly, I simply wish they would all just shut up and stop spouting all the drivel that any Catholic with any type of sensus catholicus - whether it be a First Communicant, a Confirmand or a 60-years wed couple -  knows is just plain garbage.

Where is the Catholic Sanitation Department when you need them...