I wrote this post a couple of months ago. It was - is - allegorical in many ways, even more so now. I will leave it to my readers to connect the allegorical dots to recent current events. Ed

There was blood on the wounded animal and his enemies smelled it.

They could feel the victory just ahead, if only they can keep on his heels. A nip; a slash; a painful, flesh tearing bite. But their prey yet manages to escape the pack's sharp claws, although they know he is getting tired of the fight - and of the chase.

It seemed a lifetime ago when the rest of his pack left, and the sting of that defection was still fresh in his mind, especially of their meek acquiescence of surrender without so much as a whimper or howl. He shook his head to clear away the confusion; he supposed just the thought of an early death by an unseen enemy and the enticing prospect of being saved was just too much to let go. He could not convince them otherwise and, little by little, his pack easily gave up all they had struggled to maintain - all that their ancestors had won generations ago.

But still, he vowed to keep his enemies at bay, for as long as possible. He might yet be a beacon of hope for his pack, the spark that would awaken them from their mind-numbing slumber. He hoped he would live long enough to see them all turn to face their enemies, legs set, muscles taught, minds clear as to their task.

But his heart refused the comfort such thoughts gave and all he could do was steel himself for the inevitable, final battle that he knew was coming.

He knows that he cannot stop the coming fight. His allegiance to a higher calling prevents it, at least until - as he heard someone once say - he's given "his last full measure."

"So that's what it's all about, then", he tells himself as its clarity hit him full face, "the last full measure." And he understood, now, how his pack could be swayed so easily by the sirens song of their enemies: they were not yet ready to give their last full measure. They had enjoyed their ease and their free-range lifestyle too much and had forgotten the cost the others before them had paid for the privilege they now enjoyed. 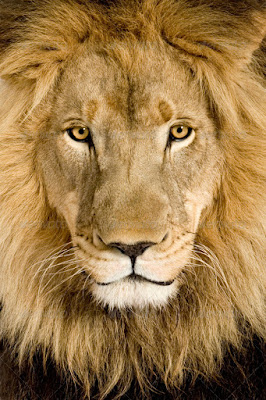 He stopped then, and turned to face the enemies that were almost upon him: his legs set; his muscles taught; his mind clear as to his task.

And he smiled a knowing smile, for he knew the one thing his enemies did not: this might be his end, but it was not the end.