I am in disbelief of the ongoing events in the former city of Seattle, Washington. Intelligent, elected officials have taken an active part in the insurrection and destruction of their own city and then waffle over the best way to get it back. There is only one way, and it won't be a pretty one; anything less is pure folly. Even when if the city arrests the criminals that now infest its streets, Seattle herself will never be the same. She is done. She has already been overshadowed by these preventable events, and that shadow will just keep getting darker. Politically, I believe the left just dropped itself into a quagmire that will take it decades to overcome.
My further commentary on the matter is below. Ed 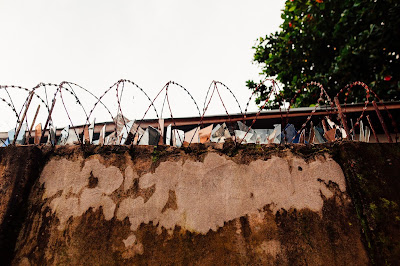 The rules of law - Natural or Moral; City, State or Federal - no longer apply to the former Seattle, Washington, USA. Seattle has been lost - irrevocably - to any form of civil law. Mob rule is now the law in this new psuedo-state Utopian dream. A Socialist-Marxist enclave within the continental United States of America. And it comes with overt official approval at the highest levels: the Mayor and certain City Council members. These elected officials have surrendered control of their City to un-elected ANTIFA anarchists. The citizens of Seattle and, ultimately, Washington State itself, have every reason to fear that this same type of ineffective government may now find its way downstream to their cities. That fear would be justified in my not-so-humble opinion, unless strong preventative measures are taken by every Mayor and City Council member of every city in Washington.

For now, though, a six-square block area the city has been transformed into East Berlin, Seattle, Washington. Barricaded for now, but the barbed wire will come later. Already the rot has begun and it won't take long before it runs its course in both directions. Armed anarchist police (what happened to the anti-gun wing of ANTIFA?) now patrol East Berlin, Seattle, the lawfully hired and professionally trained police having been told to retreat by their elected officials. How humiliating that must have been! However, were I a Seattle cop, I doubt I would want to give my life in the defense of appeasers and spineless idiots anyway, so I can't blame any cop for his or her retreat. They no longer had the support of the city they served so: "Why risk my life? Why put myself in harms way?"

The Pyrrhic victory of ANTIFA will be short-lived, but sadly within its lifespan many lives will change, businesses will close & the "city" itself will suffer a slow, strangulated death. And it will most assuredly die because everyone within its borders will soon tire of the novelty. When the emotional high runs its course and the anarchists finally awake from their stupor, reality has a way of rearing its not-so-pretty head:
Another point to ponder: the anarchists involved in the insurrection have, in effect, renounced their US citizenship, they cannot ask for assistance from either the State or the Nation to which they no longer pledge allegiance. Quite the pickle for them, eh?

I also marvel at how their brazen actions are on full display for the world to see, and yet, they all seem to want to cover their faces in hopes of remaining anonymous instead of showing true courage for "the cause" by being unmasked. Or do they fear the inevitable retributions and want to be able to slink away into the dark of night when the real police arrive to take back their city?


And the really big question (to me): Who is/are the current Head(s) of State and how long before he/she/they get overthrown?

Frankly...I don't give a damn if they are. Everyone of them deserve a quick arraignment, fair trial and a very long prison sentence that will allow them to think on what a privilege it is  -or was - to be an American.

May God have mercy on them all. And especially, may the Holy Ghost enlighten these immature cretins to see what pawns they have become to their handlers, who - behind closed doors - call them what they truly are: canon fodder.